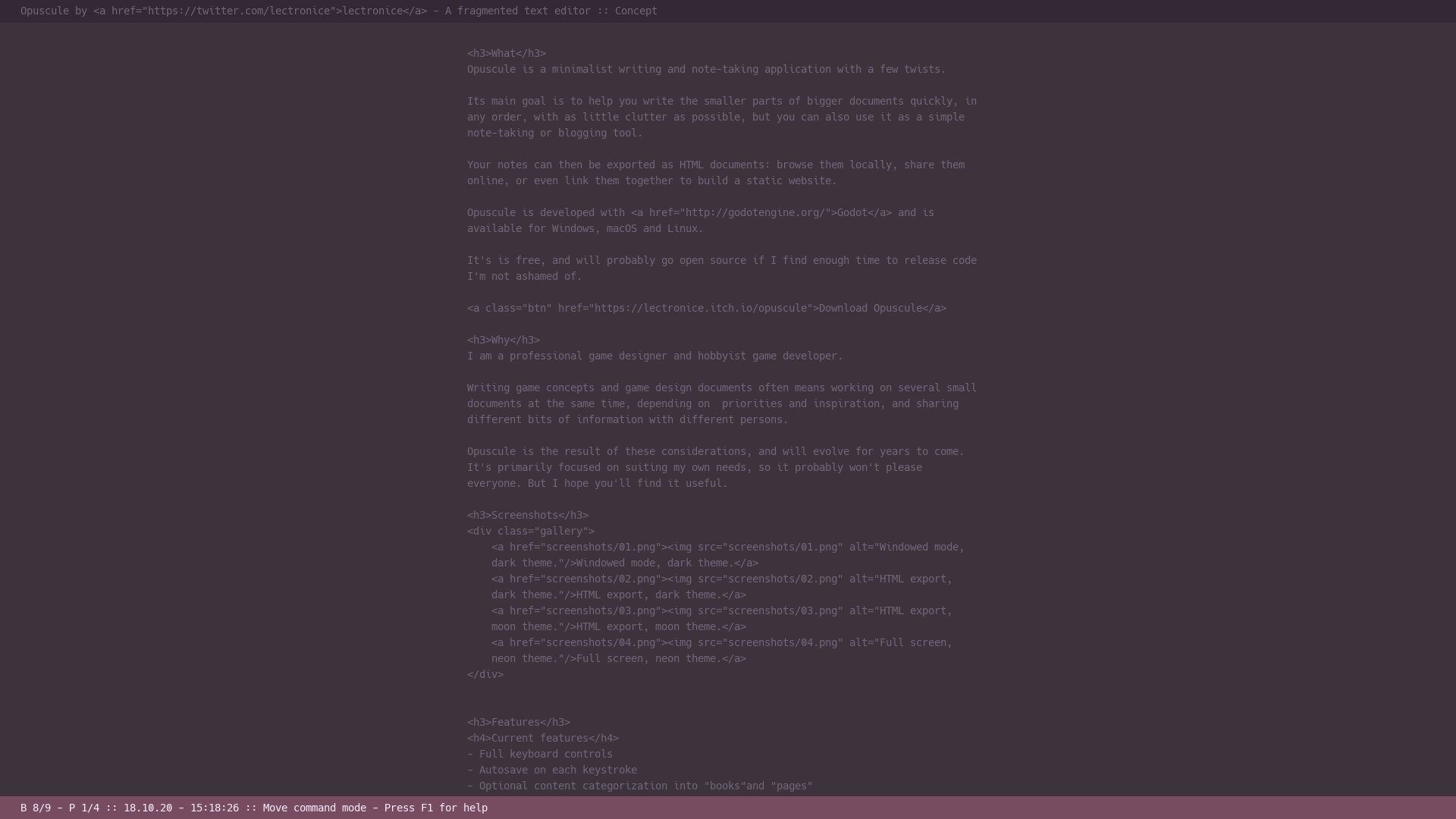 I was initially planning to release a 0.2.4 version with mainly fixes, but I ended up developing a major feature that I wanted to add since the beginning : pages and book reordering.

This means you can now press Esc > M to enter Move command mode, which allows you to use the left and right arrow keys to change the number of the current page, and the up and down arrow keys to do the same for books. The Markdown export command is now assigned to Esc > K instead of Esc > M.

Be careful when moving books if you're using a cloud files sync client like MEGA. Due to some mysterious file rewriting priorities, the books you are moving could override the other ones, so be sure  to shut down your sync client before using Esc > M > Up / Down. I haven't tested this potential issue with Dropbox and other similar services, so maybe it's only a MEGA issue... but maybe not.

Other notable features include different text wrap modes with a narrow, wide or full column to write your content. You can switch between wrap modes with Esc > W. This is only available for Windows for now because it requires a bleeding edge Godot 3.1 custom build, and I can't compile Godot myself for other platforms (well, in theory I could, but this would require a lot of time and tinkering, and my time is quite limited). So text wrap will come for sure for Linux and macOS with Godot 3.1, and maybe before, with the next Godot alpha or beta version.

A few other minor things have been tweaked or fixed, have a look at the changelog for the full list.